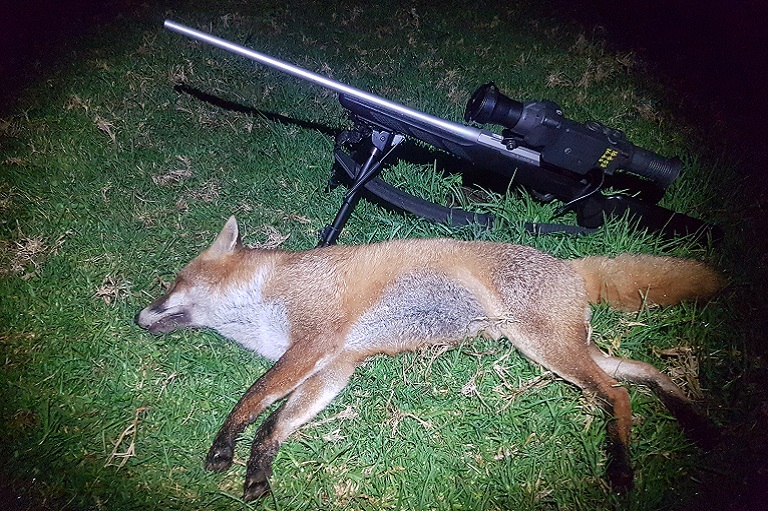 update 26 September:  Vixens currently have cubs in dens. They are very very hungry, so make sure you are vigilant. Lock up your poultry and protect new born lambs.  One of our shooters just lost a couple of chooks, in spite of all the foxes he has removed!!

In August, one of our resident fox shooters hit 100 foxes shot, since late February 2017. The new technological advances in scopes of night vision and particularly thermal are proving highly effective. Previously it often took a full 12 months to take 100 foxes in the same area.

Our two resident shooters have a combined tally of over 150 in the Torbay catchment to date. 37 of those were shot in July with 20 coming from one small farm during lambing!! (You do have to wonder where they keep coming from.) This was followed by a further 20 shot in August from various farms around the catchment.

Initially the majority of foxes shot were male, over the last month this has changed and quite a number of heavily pregnant vixens have been shot. One vixen was carrying 5 prospective cubs.

Typically we now expect the foxes to hold territory and not move so much. Cubs can be expected to be seen in late October and particularly November venturing out of dens in small family groups.

While the shooters have been out and about at night some of their interesting sightings include brushtail possums, ringtail possums, owlet nightjars, bush rats and barn owls.