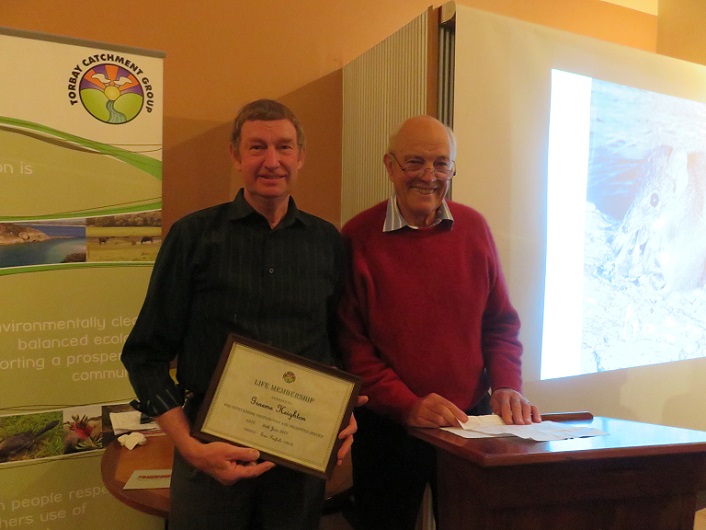 On the 24th of June, at a Volunteer Function, TCG awarded three new Life Memberships for outstanding contribution.

Graeme is a well known Executive Committee fixture, having served for no less than 15 years. He is currently TCG’s longest standing committee member and his contribution over the years has been invaluable.

Graeme was first voted on to the committee back in 2002. He took up the role of Treasurer and put his skills to use straight away. And subsequently he continued serving in this position for a total of 12 years. This outstanding contribution is well recognised by his peers.

Graeme looked after all financial aspects of the group. This included day-to-day purchases, project expenditure and managing memberships. He also maintained the groups books, and researched and made recommendations regarding the appointment of auditors.

Since stepping down as Treasurer Graeme has continued to serve on the committee. And he recently accepted another role, that of Vice Chair. In addition, Graeme’s length of service to TCG is invaluable. He provides a stability and a long term perspective of activities.

And Graeme’s commitment does not stop with the there. He has been involved in doing on-ground works. His efforts have included all manner of things, from weed spraying to looking after of the Torbay Rail Trail and even to putting signs up.