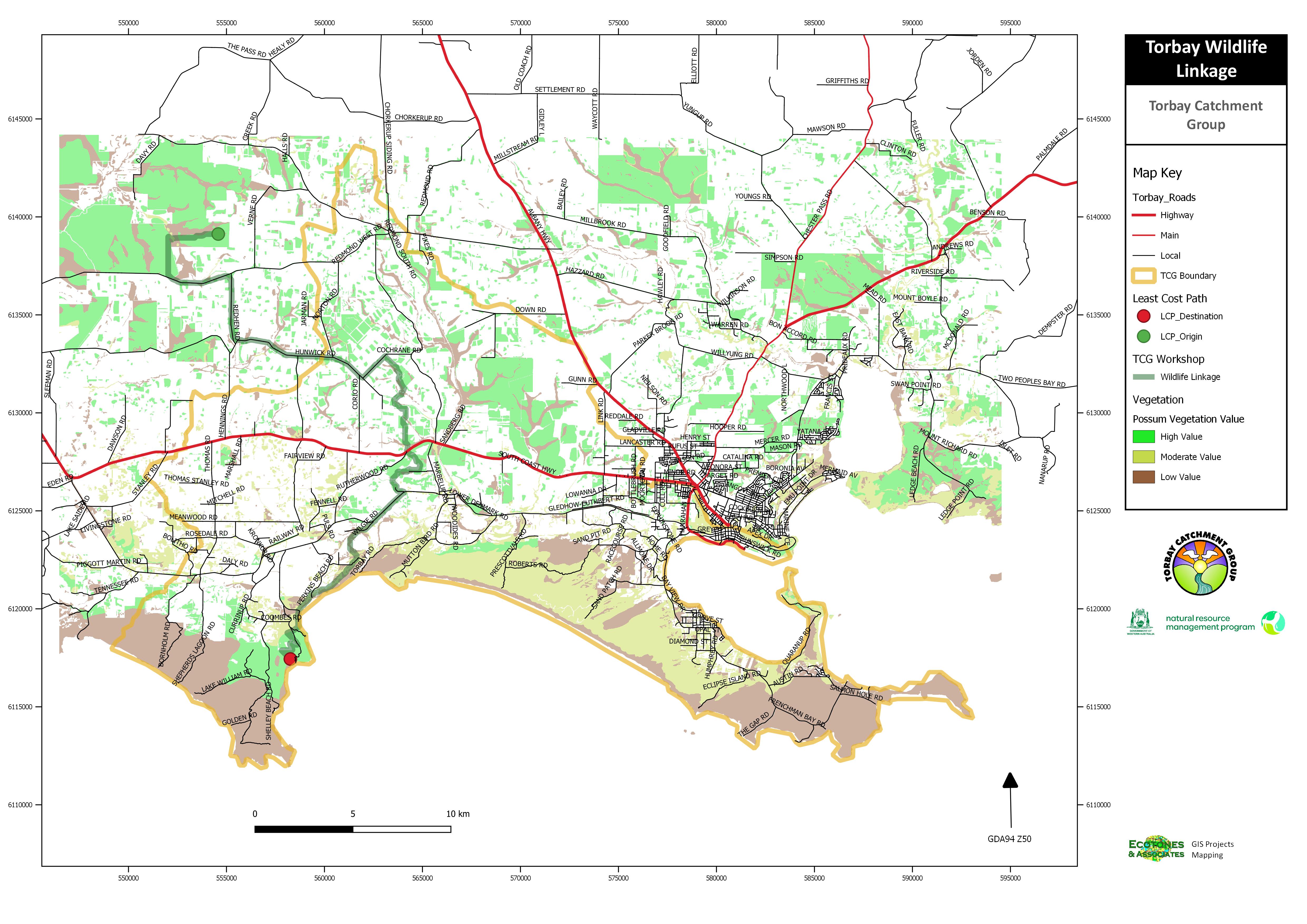 As part of our ongoing Western Ringtail Possum conservation efforts, we have recently undertaken work to identify the best route to join populations of Western Ringtail Possums along the coast with populations to the north of our catchment.  We identified Redmond State Forest as being the most appropriate end point for the linkage due to its tenure and because it is a large tract of bushland.

Over coming years we will use the identified linkage to target our conservation efforts.  The aim is to make it a continuously vegetated corridor to allow for genetic flow through the environment.